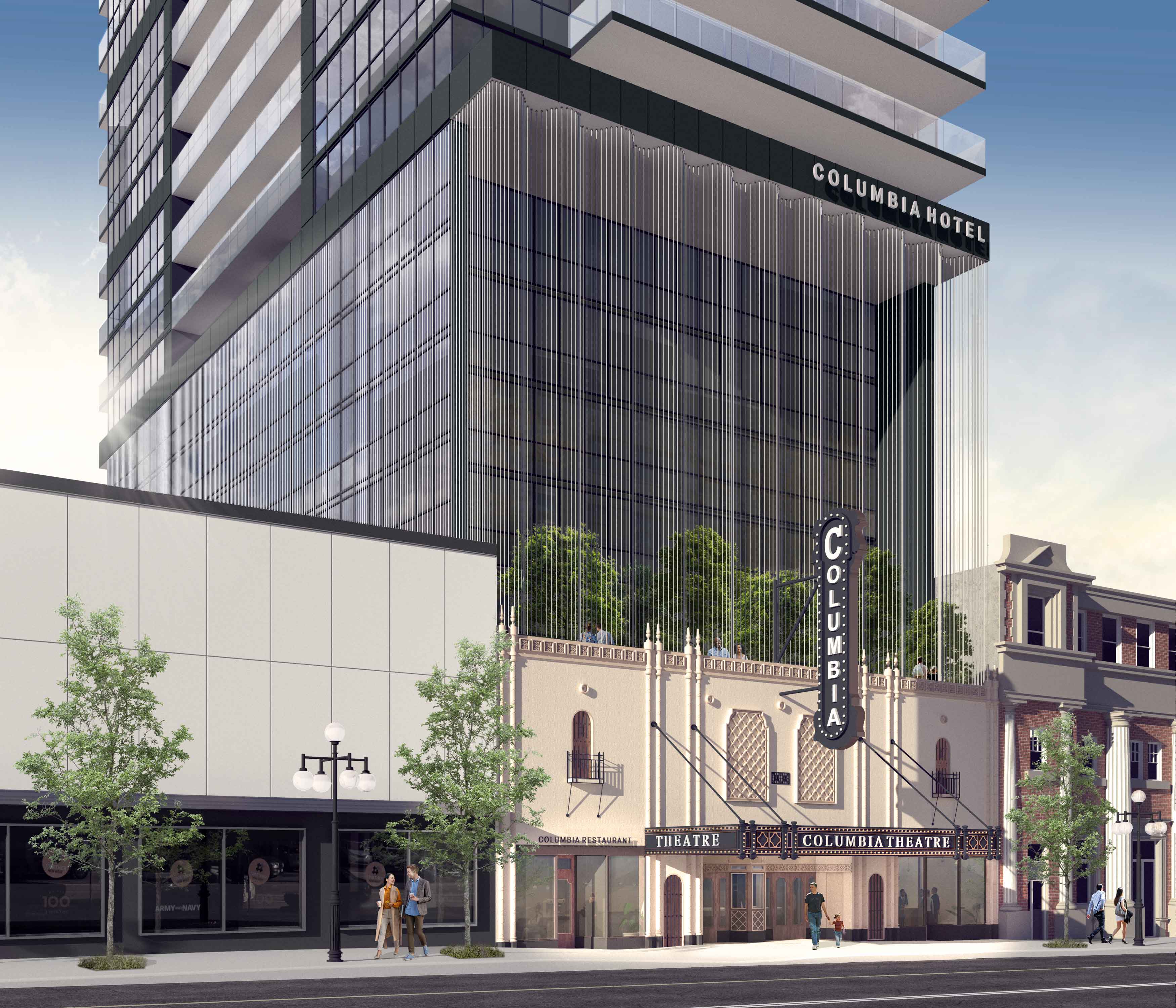 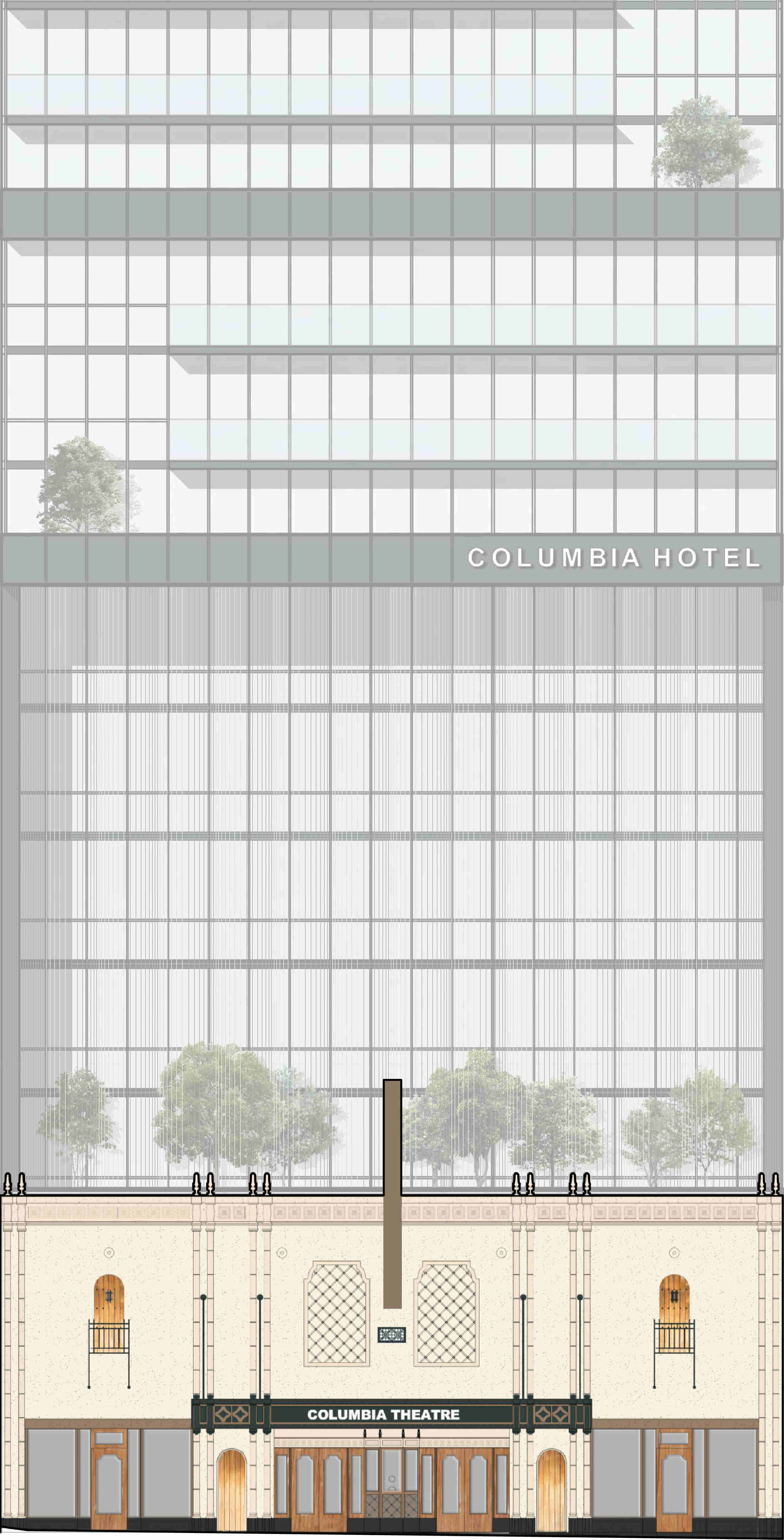 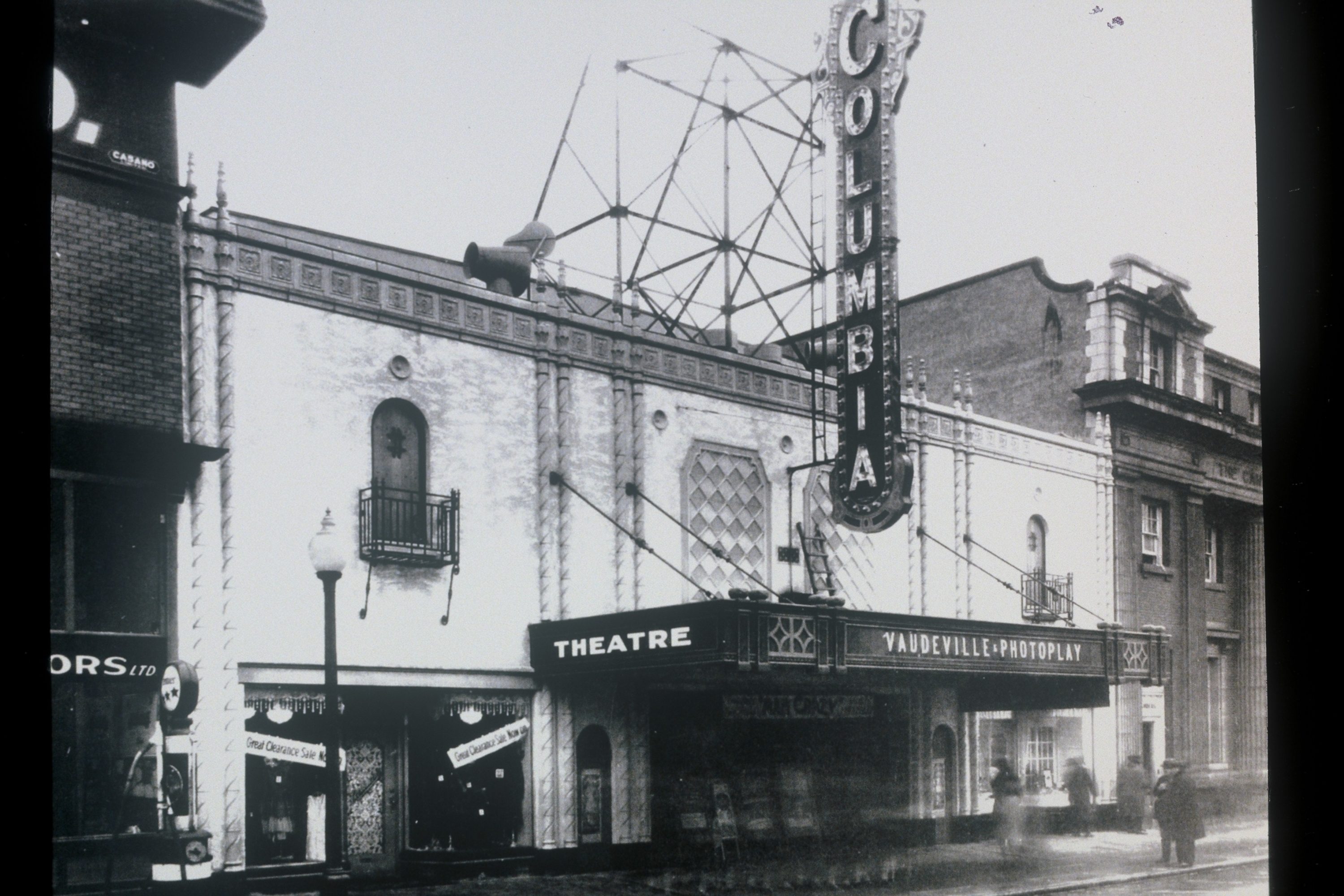 Built in 1927 as the first atmospheric theatre in BC and continuing on as the longest serving theatre in Metro Vancouver, Columbia Theatre has been a cultural hub for many generations. We appreciate the stewardship of all the successive owners during the past 90 years, and are proud to be playing a role in prolonging and protecting its legacy. We look forward to working closely with the City of New Westminster, the heritage preservation community and the community at large for the preservation and revitalization of this beautiful venue so it can be hailed once again as the crown jewel of a bustling Columbia Street.

The proposed Columbia Theatre revitalization is not a facade retention project. Its focus is to restore and rehabilitate the protected 1927 building, to restore theatre and entertainment uses to the site and enable the Columbia Theatre to once again be the centre of entertainment and social gathering on a revitalized Columbia Street. To realistically achieve this vision, planning for sustainable use and operations is crucial. We envision a robust 24-hour use of the site, bringing a constant and ongoing flow of activity, financial investment and renewed community connection to this underused, at risk New Westminster landmark. The most secure and appreciated historic places are those that offer and maintain relevance for the most people in a community.

In 1927 when the Columbia Theatre first opened, the population of New Westminster was 15,450. To sustain the operations of the Famous Players Canadian Corp., who leased the building upon opening, the property incorporated several uses – Columbia and Front Street retail spaces, cinema, vaudeville performances, live music etc. At the time of its construction, the Columbia Theatre was amongst a few new development initiatives on Columbia Street, including the relocated City Market to Columbia Street from Lytton Square, that aided the street in making a comeback after years of stagnation and stunted growth. The new theatre was a central player in the street’s economic heyday of the 1940s, but the context was profoundly different than it is today, with then Columbia Street having the highest sales per retail square foot in the entire province.

In today’s context of a city of over 71,000 residents, with a downtown continually depleted since the 1950s by the development of competing outlying malls and shopping districts, a sustainable model for a revitalized Columbia Theatre must plan on a diverse and robust set of uses, just as the original 1927 project did. Recent initial successes in meaningful revitalization of New Westminster’s historic downtown have been directly linked with projects that incorporate on-site accommodation for residents and visitors. Growth of downtown resident numbers is crucial to bringing back the magic numbers (in pedestrian traffic and spending dollars) of the Miracle Mile’s heyday.

All Rights Reserved. Copyright © 2019. Areva Living. This is not an offering for sale. No such offering can be made without a disclosure statement. All renderings are concepts only and are subject to change. E.&O.E.
Drop us a Message